I received an email recently that told me that PMTMR was still alive. He provided a link to his new channel. I thought it was another one of those pranks but sure enough it was PMTMR and he was talking about COVID and BLM – issues that are fairly current. All this time me and many others thought that PMTMR (also known as Jim How) was put away for good, either dead or locked up. His new channel is “Peter Grandahl” and it is on youtube. Granted Peter has only 11 subscribers in the two years his channel has been up and the view counts are very low. This is the reason why his stuff was so hard to find.

I have only watched a few videos on Peter’s new channel and it does not appear that he discusses the JQ at all, understandably. There are things I don’t agree with. He seems to haven fallen for the “everybody hates Trump” bandwagon like so many others. (He had fallen for him on his old PMTMR channel as well). Peter does not fully understand media manipulation.

First theory: Back in 2017 when PMTMR and Jim How was shut down, Peter was threatened to the point where if he ever discussed the JQ again, not only would his life be at risk but his family would be at risk as well. Peter didn’t fear death (as he stated on occasion in his old videos) but the possibility that his family would also get hurt in the process made him crack.

Second theory: After being shut down in 2017, Peter was investigated and harassed. He made a deal with authorities and agreed to never discuss the JQ ever again. In addition to having his life and his family’s life spared Peter agreed to put his real name out there as “bait.” Can’t guarantee that Peter Grandahl is his real name but he did mention his name “Peter” on his old PMTMR and Jim How channels at least once and the fact that he was of Scandinavian descent. On quite a few occasions he told us his age. Now we don’t know for sure if he was telling the truth or deliberately giving out disinfo to conceal his identity but he was consistent in telling us his age and by doing the math I have always come up with 1961 or 1962 as his year of birth. This lines up with this: 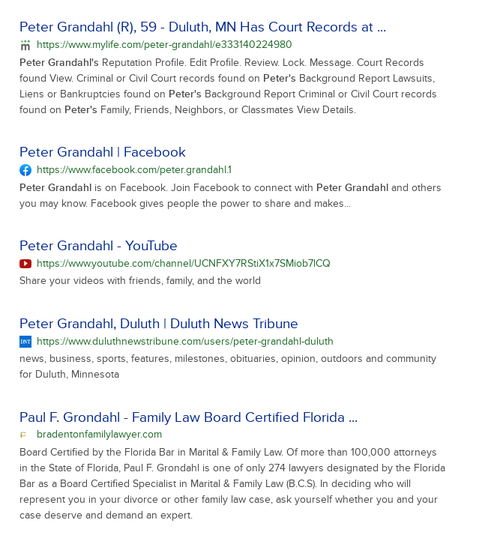 As for “bait”. Anyone who’s in the JQ and wants to reach out to Peter could be exposing their information in the process of reaching out to him. Just my theory. Who knows for sure.