The following is a copy of an article that appeared in Jewish Quarterly. The site being frequently down, is the reason why I’m posting it here. Bolded text and photos are mine.

A story little told is that of Jews in Hollywood’s seedier cousin, the adult film industry. Perhaps we’d prefer to pretend that the ‘triple-exthnics’ didn’t exist, but there’s no getting away from the fact that secular Jews have played (and still continue to play) a disproportionate role throughout the adult film industry in America. Jewish involvement in pornography has a long history in the United States, as Jews have helped to transform a fringe subculture into what has become a primary constituent of Americana. These are the ‘true blue Jews’.

Seymore Butts, aka Adam Glasser, is everything that Jeremy is not: young, handsome and toned. Glasser, a 39-year-old New York Jew, opened a gym in 1991 in Los Angeles. When no one joined, he borrowed a video camera for 24 hours, went to a nearby strip club, recruited a woman, then headed back to his gym and started shooting. Although the movie stank, with a bit of chutzpah and a few business cards he wangled a deal with a manufacturer and started cranking out films. Within a few years, ‘Seymore Butts’ – his nom de porn which is simultaneously his sales pitch – became one of the largest franchises in the adult-film business. As the king of the gonzo genre (marked by handheld cameras, the illusion of spontaneity and a low-tech aesthetic meant to suggest reality), he is today probably the most famous Jewish porn mogul. Seymore Inc., his production company, releases about 36 films annually, most of them shot for less than $15,000, each of them grossing more than 10 times that sum. Glasser employs 12 people, including his mother and cousin Stevie as respectively genial company accountant (and matchmaker for her single son) and lovable but roguish general gopher. Glasser currently even has his own reality TV show (also broadcast on Channel 4), a ten-episode docu-soap called Family Business, whose opening credits show Glasser’s barmitzvah photo.

In search of a buck

“Jews, when they found themselves excluded from a field of endeavour, turned to a profession in which they sensed they could eventually thrive by cooperating with colleagues in a community of effort . . . Jews have for a very long time cultivated the temperament and talents of middlemen, and they are proud of these abilities”.

The adult entertainment business required something that Jews possessed in abundance:chutzpah. Early Jewish pornographers were marketing geniuses and ambitious entrepreneurs whose toughness, intelligence and boundless self-confidence were responsible for their successes.

As religious influences waned and were replaced by secular ones, free-thinking Jews, especially those from California’s Bay Area, viewed sex as a means of personal and political liberation. America provided the freest society Jews have ever known, as manifested by the growth of the adult industry. Those Jewish women who have sex onscreen certainly stand in sharp contradiction to the stereotype of the ‘Jewish American Princess’. They (and I’m speculating here) may have seen themselves as fulfilling the promise of liberation, emancipating themselves from what feminist Betty Friedan in 1963 called the ‘comfortable concentration camp’ of the household as they set out into the Promised Land of the porno sets of Southern California. It signified their economic and social freedom: they were free to choose to enter, rather than coerced into it by economic and other circumstances. Once they had lain down, they could stand on their own two feet, particularly as female performers typically earn twice as much as their male counterparts. 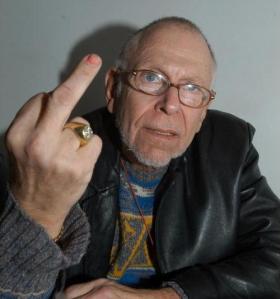 “Before I got my first part in an adult film, I went down to an audition for an X-rated film with my hair down to my ass, a copy of Wilhelm Reich’s Sexual Revolution under my arm and yelling about work, ‘love and sex’.”

What are we ashamed of?

This brief overview and analysis of the role and motivations behind pornographers and performers is intended to shed light on a neglected topic in American Jewish popular culture. Little has been written about it. Books such as Howard M. Sachar’s A History of the Jews in America (New York: Knopf, 1992) simply ignore the topic. And you can bet that the 350th anniversary of the arrival of the Jews in the United States did not include any celebrations of Jewish innovation in this field. Even the usually tolerant Time Out New York has been too prim to deal with it, although the more iconoclastic Heeb plans an issue on it. In light of the relatively tolerant Jewish view of sex, why are we ashamed of the Jewish role in the porn industry? We might not like it, but the Jewish role in this field has been significant and it is about time it was written about seriously.

Nathan Abrams is a Lecturer in Modern American History at the University of Aberdeen. He has just completed a book on neo-conservatism in the United States.